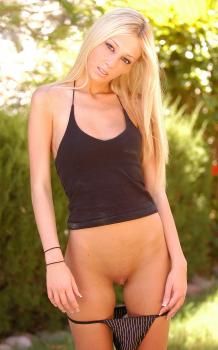 Bio
Sable was born in Buffalo, New York of Italian heritage. Sable entered the pornographic film industry in 2004 after moving to Los Angeles. Sable signed with Exotic Star Models, and continued to be represented by them after signing with Wicked Pictures, albeit only for print work. Her first adult film was First Offense 5 with Peter North. In April 2005, Sable signed an exclusive contract with Wicked Pictures. President and owner Steve Orenstein observed that "Keri is destined to be the next big thing " we’re very happy to have signed her." Sable was delighted to be working for Wicked as she enjoyed the quality of its movies, noting that the first porn film she had ever seen was The Wicked One with Jenna Jameson. Sable’s first role for Wicked was in the film Sold, in which she worked with director Brad Armstrong and 2005 AVN Best Actress Jessica Drake. Sable was a big hit with Wicked Pictures, who described her as "[heating] up Wicked productions with her sexual energy and preference for anal scenes and hardcore gaping." According to an AVN interview, she had planned to get breast implants in November 2005 as part of an attempt to shift her image from lolita roles in gonzo films to big budget contract work with Wicked.